The H.O.G. Geordie Chapter 2017 AGM was a fantastic event last week, at Nissan SLC. It was standing room only, as everyone piled in to hear reflections on 2016 and what to look forward to this year. We even had pie and peas on offer too!

Barry got things moving in fine style, confirming the changes in the Committee for 2017. Gary is our new Treasurer, and Lesley takes over Chris’ role as Welfare Officer. 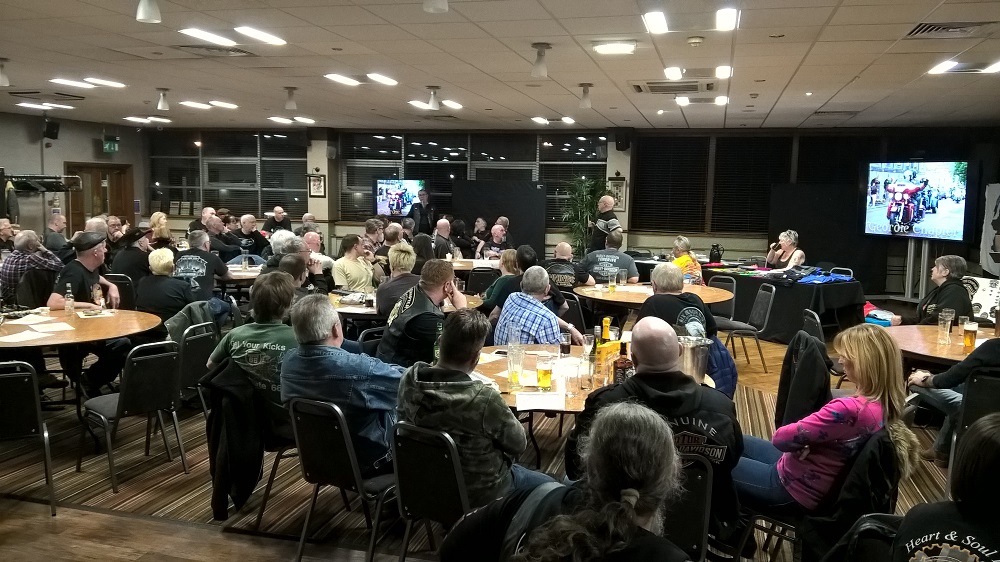 Barry steered us through some of the fantastic things that we did on 2016. And he outlined more for 2017, including increased participation in L.O.H. events and rides.

The Geordie Chapter Committee is here for everyone, to make sure that we operate on the right lines, and maintain a coherent message throughout the year. Barry emphasised the need to work with each person in the Chapter and if people have any comments or issues which need to reviewed, please raise it with Barry or Peter first. That way, we can make sure we have a solution that works across the board.

We have a great relationship with the team at HOG Insider and in 2017 we’ll again be doing our best to make sure we raise the profile of the Chapter within it. We also have a great website which everyone can use to publish their own stories, pictures and riding tales. It does take a lot to pull these things together but it’s always easier with help from members. We can all play a part in helping Harley-Davidson riders join Geordie Chapter.

Geordie Chapter hosted the annual H.O.G. Directors’ Meeting last weekend and there was a bundle of things for everyone to get involved in. We laid on a bus to Jennings Harley-Davidson Gateshead and there was a great atmosphere down there. The theme for Saturday was Building Bridges, with Barry and Grant giving impassioned speeches to the group. Barry said there’s a number of Chapters that are really struggling, with numbers and finances. We also have the demise of the SOfER rally, which is a real blow. On a positive note, the Heart & Soul Rally is now a H.O.G. Flag Rally!

Nissan SLC then dished up pies and peas for more than a hundred hungry people.

Straight back into the meeting, we had updates from others in the Committee. Of special note, James gave a few words on the Road Crew. Firstly, James piped Allen aboard as the new Assistant Head Road Captain, which is a great appointment. Then, we had the following: 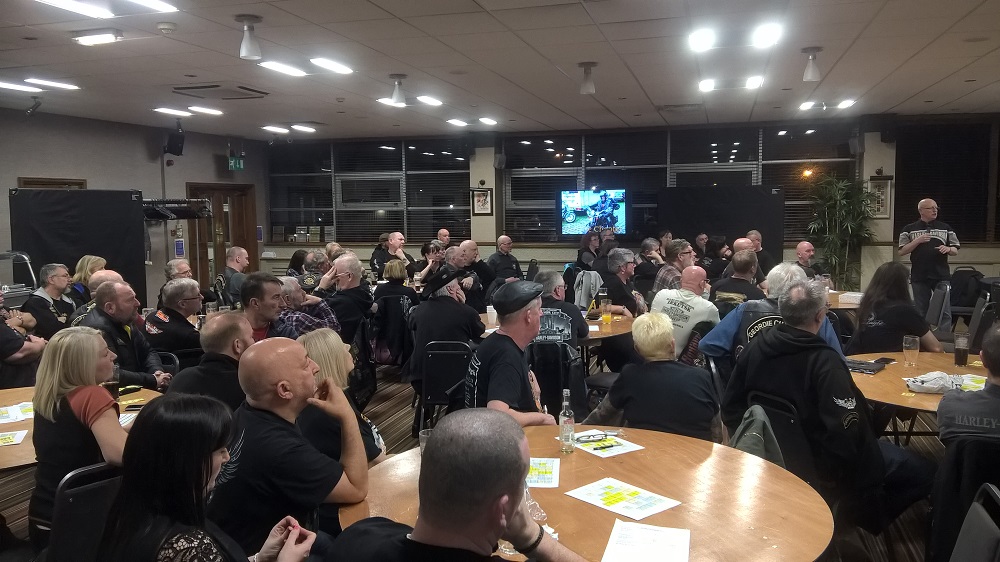 With some enthusiastic voting, Barry rounded off with a few changes to the way we run the Chapter:

And that’s it, a few highlights from a great meeting! See you all on 2 March.